Myoui Mina, popularly known as Mina is a member of the TWICE Kpop group. She has successfully won various hearts with her melodious voice, angelic appearance, and attractive personality. Born on 24th March 1997, this talented beauty is ruled by the zodiac Aries. She was born in San Antonio, Texas, but later shifted to Japan with her family during her childhood. As she was born in Texas and is from a Japanese family, she carried dual nationality.

Are you also a huge fan of this quiet girl? Here are some quick 10 facts about Mina that would help you know about her a little more.

#1 Mina unexpectedly gave her audition and tried her luck at JYP Entertainment while she went shopping with her mother.

#2 Online shopping is one of her favorite hobbies and she can spend hours and hours browsing online on various sites to shop.

#3 Compared to other members of the group, Mina was the only member who got trained merely one year before her debut.

#4 Compared to romantic movies, Mina prefers to watch action and suspense movies. The series Harry Porter is her favorite as she has a different affection for the story and the characters, especially Hermione.

#5 According to Mina, her ideal match would be an individual who is funny, polite, kind, and someone who is skillful, and determined while taking important decisions. 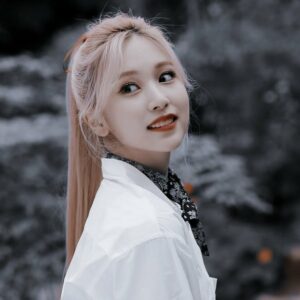 #6 Mina also practiced ballet at the age of 8 years and studied it for around 11 years. Her favorite production for practicing ballet is Le Corsaire.

#7 As she was born in America, she also owns an official American or English name, registered as Sharon Myoi.

#8 Apart from music, Mina is also passionate about other activities due to which she has also participated in ISACs and various artistic gymnastic shows.

#9 The nicknames of Mina include Black Swan and Penguin. She was also given a nickname by Chaeyoung. XD, “Only look at Chaeyoung”.

#10 Similar to other vocalists, she also loves karaoke, and her favorite song is “Almost is never enough”.

Mina Sharon Myoi attended the Obayashi Sacred Heart School located in Japan. She also has an older brother whose name is Kai. Apart from music, Mina is also interested in dancing for which she joined the Urizip dance school for learning modern dance. She shares the largest dorm with Sana, Nayeon, and Jihyo.