Do you appreciate the work of the TWICE Kpop group? If yes, then you must also be eager to learn about the group’s popular leader Jihyo. Jihyo started getting famous among Kpop music lovers soon after she was introduced as the leader of the group.

Jihyo was born and brought up in Guri, South Korea. Her birth date is on 1st February 1997. Her family includes her parents and two young sisters. Here is a small piece of interesting facts about TWICE Jihyo that you might be searching on the internet.

#1 The birth name of Jihyo is Park Ji Soo, which was later legalized as Park Ji Hyo, and her nicknames include Jigglypuff, Aegyo Master, Kind Jihyo, 10 Years Long Trainee, HyoLeader, Mic, God-Jihyo, and many more.

#2 Jihyo participated in the Junior Naver Children’s Star Contest and won 2nd place on 19th August 2004 after which she was cast by JYP Entertainment.

#4 During her training period, Jihyo also starred for Reebok as a CF Model along with Jeongyeon and Nayeon.

#5 Before she participated in SIXTEEN, Jihyo changed her name from Park Ji Soo to Park Jihyo. 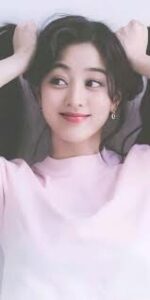 #7 She is the main vocalist of TWICE due to which she has often performed on collaboration stage or special stage in various TV programs like Music Bank, 2019 MBC Gayo Daejejeon, and Kings of Masked Singers.

#8 She is friends with Eunha from OhMyGirl, Kang Hyewon from IZ*ONE, Yerin, and Sowon.

#10 After completing her KNOCK KNOCK activities, Jihyo went under knee surgery for knee pain, hence, she had to sit and perform in TWICE concerts held in Singapore and Thailand.

Apart from all these, the hobbies of Ji Hyo TWICE include reading webtoons, watching reality shows, cycling, watching dramas, walking, and web surfing. Every night, Jihyo does her abs exercise without fail. She also dated Kang Daniel from Wanna One, however, the relationship ended after one year in 2020. Her only motto is to keep a Positive Mind.