Hello BTS Army! What’s the first thing many of you might scroll up on Instagram profiles? Tv artists, musicians, and their Zodiac signs or Birthdays? Many fans look for the zodiac signs, birthdays, and even the age of their favourite stars, pop stars, or celebs on their social account profiles. When it comes to the BTS members, you can’t surely control yourself in getting the accurate details about them.

BTS members or say Bangtan Boys is a group of seven musical members from South Korea who are ruling the hearts of various people. Music or band lovers are a fan of their amazing choreography and soundtracks. Due to their fan following there are plenty of fans who look for BTS Members birthday lists over the internet.

If you are also among the followers of BTS members and looking for their birthday, zodiac signs, or age? Then you have landed on the right page. Here are the accurate details about your favorite stars’ zodiac signs, age, and birth dates. 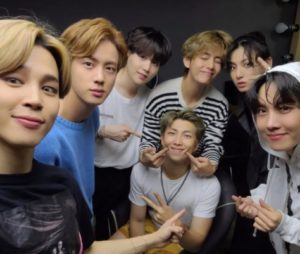 Kim Namjoon, popularly known as RM was born on 12th September 1994 during the Autumn season. The Virgos would be happy to know that RM belongs to the Virgo zodiac sign. It means he is the ruling planet is Mercury. The Virgos have a strapping sense of writing and speech which can be determined from his rap bars. This 26-year BTS member is also the best translator the band has which can be seen during the English-speaking interviews. In addition to this other BTS members mentioned often mentioned their desire to learn from RM. He is the group leader as he is been a part of the band from the start.

This mysterious BTS happy birthday falls on the 9th of March. He was born in the year 1993. He is just 27 years old however from his performance no one can guess that. Suga is one of the leaders that has a solo artist career as well. The zodiac sign of Suga is Pisces due to which he carries amazing qualities like open-mindedness, empathy, and susceptibility. His qualities and nature can also be determined from the donation of $88000 and 329 BT21 Shooky dolls. He did this donation on his birthday to the Korean Pediatric Cancer Foundation. He is also known as the bias wrecker as he is always concerned about young people and their mental health.

If you are looking for BTS Jimin Birthday details, his birthday falls on the 13th of October. He was born in the year 1995 and is a Libra by zodiac sign. This 27-year Libra is ruled by Venus and hence. He carries qualities like noble nature, elegance, and tempting charm. His planet rules both art and beauty, his contemporary dances moves show it all. With his dance moves, he has captured various hearts. Apart from this, Jimin also comes with a soft corner. His soft side can be known from the donation he has made to the schools like uniforms, $88000. He also signed copies of the albums he has created. He has also supported the students from low-income families from the Busan Department of Education.

Kim Tae-Hyung is popularly known by the name V. He was born on 30th December 1995. His zodiac sign is Capricorn and his age is 27 years. His zodiac sign perfectly reveals his actions and personality. V is possessing incontestable charisma and a robust work ethic. This makes him a perfect Capricorn or juxtaposition. V is not only a musician but also a promising actor. Kim Tae-Hyung is a role model for various famous personalities like Jaehyun and Byun Hyun-min. He knows his ambition very well and is also hardworking by nature. V has a distinct voice and it takes some time to match it with his face. He is also known as Chief of Mischief.

Thinking when is BTS birthday of Jungkook? Popularly known as the Golden Maknae, he was born on 1st September 1997. He is currently 23 years of age. Another Virgo in the group or band. He carries all the qualities a Virgo needs to have. He is the youngest in the band and is very well recognized for his hard work. Jungkook has given several famous songs with BTS and also has filmed videos for YouTube series. He is the one who directed Life Goes On an album of BTS. Additionally, played the drums during Dynamite, a prevalent live performance of BTS. Before joining the band Jungkook was followed by various entrainment companies. However, after meeting RM he joined Big Hit.

Remember the lines “I’m your hope, you’re my hope, I’m J-Hope”? J-Hope was born on 18th February 1994 and is currently 26 years of age. The zodiac sign of this star is Aquarius. The sign exactly matches his extroverted personality. J-Hope is eccentric and energetic as well as a great dancer. He gained attention after winning the national dance competition. He is also very helpful by nature and optimistic. J-Hope is the best combination of qualities like peculiar nature, intelligence, and idiosyncratic.

Are you still searching for when is Jin from BTS’s birthday? Jin was born on 4th December 1992 and his age is 28 years. One of the funniest members of the BTS group. The zodiac sign of Jin is Sagittarius, which is one of the friendliest and most loved zodiac signs. He is ruling planet Jupiter. Jin has an outspoken personality and he is energetic and curious too. He enjoys traveling and also loves to explore different philosophies and cultures. Jin never limits himself from following any dream. Jin is also a good actor. He has recently started a restaurant of Japanese style in South Korea along with his brother.

Read:- Who is the Leader of BTS?

Q:- Who is the oldest BTS member?

Q:- Who is the Youngest BTS Member?

Q:- Which is the most common zodiac sign in BTS members?

All the members of the BTS group are awesome and carry their own biases. Whether you admire Jin, J-Hope, or any other BTS member, all carry their charm. Each one’s properties match with their zodiac signs. However, all the seven personalities from the BTS group together make the best band giving out heart throbbing music to the world.